Western and Northern Canada are endowed with abundant energy resources. From the oil sands in Alberta to the rivers of British Columbia, to the non-conventional oil and gas deposits being developed in the MacKenzie Delta and the tight formations of British Columbia, the region is playing an increasingly important role in supplying energy to itself, the rest of North America and now, the world. With a significant presence in British Columbia, Alberta and the Northwest Territories, Lawson Lundell has helped conventional oil gas producers, oil sands and non-conventional oil and gas developers, refiners, retailers, local distribution companies, governments, independent power producers, electric utilities and regulators pursue their interests in finding, developing, producing, transporting, exporting and selling energy resources. We have provided advice relating to such matters as corporate structure, joint venture agreements, asset acquisitions, share offerings, construction contracts and activities, permitting, Indigenous consultation and economic regulation.

Click below to view our Quarterly Energy Review and M&A Review: 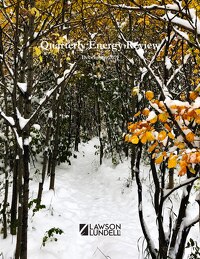 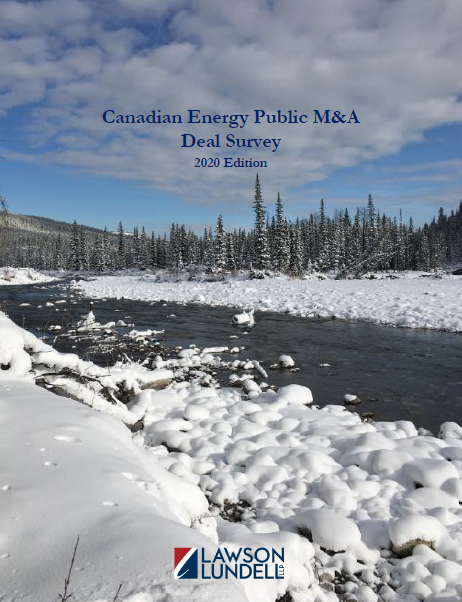 Specific areas of knowledge that have and continue to prove important to our energy sector clients include:

We have assisted clients in acquiring interests in, structuring and obtaining approvals for major energy projects throughout Western and Northern Canada. We are deeply familiar with the distinct requirements in each of the western provinces and northern territories and can advise with respect to tax, corporate structure, construction and permitting of green and brown field projects in Alberta, British Columbia, Saskatchewan, the Northwest Territories, Nunavut and the Yukon.

We have represented energy companies, institutional investors and others in acquiring and disposing of a range of conventional oil and gas and oil sands assets, providing advice on relevant matters from transaction structuring through negotiation and completion.

The firm has a large and active environmental practice that has assisted clients in the development of major resource sector projects in the Northwest Territories, Nunavut, the Yukon, British Columbia, Alberta and Saskatchewan. We are able to advise with respect to local requirements in each of these jurisdictions, including, where applicable, the requirements under final land claims agreements with Indigenous groups, and federal requirements under the Canadian Environmental Assessment Act, the National Energy Board Act, and the Canada Oil and Gas Operations Act. We are also very experienced in anticipating, avoiding and, where necessary, conducting judicial review and appeal proceedings arising from the permitting process.

Many aspects of the energy sector are regulated by specialized tribunals created for that purpose. We have worked for governments, regulators, applicants and intervenors in these specialized forums and are intimately familiar with the staff and perceptions of provincial and federal regulators including the National Energy Board, British Columbia Utilities Commission, the British Columbia Oil and Gas Commission, the Alberta Energy Regulator, the Alberta Energy Resources Conservation Board, the Alberta Utilities Commission and various boards established under the northern land claims agreements including MacKenzie Valley Resource Management Act. We have represented clients in many of the most significant energy regulatory hearings and related Court proceedings that have arisen in Western and Northern Canada in recent years.

Our long involvement with electric utilities and hydroelectric energy power producers has required us to understand all aspects of the industry from the acquisition of generator rights, through transmission to the end use in Western Canada and the United States. We have been at the heart of the restructuring of B.C.’s electric industry and played a prominent role in the most significant developments in that area over the past 20 years. We have worked extensively in Alberta’s energy market structures as well as jurisdictions that employ the FERC model of regulation. We have an intimate understanding of the issues for Canadian companies wishing to participate in or transact with US markets.

Recent policy pronouncements and legislative changes, at both the federal and provincial levels, involve regulation of both reporting and actual emissions of greenhouse gases (GHG). These measures will significantly affect the energy sector, including generation of electricity and production, processing and transportation of oil and gas. Our Climate Change Group, comprised of a number of our energy and environmental lawyers, is knowledgeable about recent legislative and policy changes in Canada, as well as key international initiatives such as the United Nations Framework Convention on Climate Change (UNFCCC) and its Kyoto Protocol and the Western Climate Initiative (WCI), now joined by British Columbia, Manitoba, Ontario and Quebec. We have experience in Renewable Energy Credits (RECs) trading and can advise clients on the WCI-wide “cap and trade” system to be adopted under British Columbia’s Greenhouse Gas Reduction (Cap and Trade) Act.

We have advised energy sector clients in Western and Northern Canada on a number of legal requirements affecting their businesses resulting from climate change regulation. Further detail of our experience can be found under links to “climate change law”.

Establishing, maintaining and managing the relationship with Indigenous people is an essential element of the successful development of energy or power projects, pipelines, transmission lines or other energy infrastructure. We have extensive experience assisting project proponents to design and implement consultation programs and negotiating impact-benefit agreements with Indigenous groups. While early attention to these issues can avert or avoid most legal challenges, we also have extensive experience in defending judicial review and appeal proceedings arising from the Crown’s failure to discharge its legal duties to Indigenous people.

The expertise of Lawson Lundell lawyers in related areas is more fully set out in the links relating to Indigenous, environmental, tax, public utility and regulatory law and mergers and acquisitions. This expertise, combined with Lawson Lundell's overall experience as a leading business law firm in western and northern Canada, allows it to bring a focused economical approach to any energy-related transaction, regulatory proceeding or litigation that will maximize the prospects for the success of our clients.